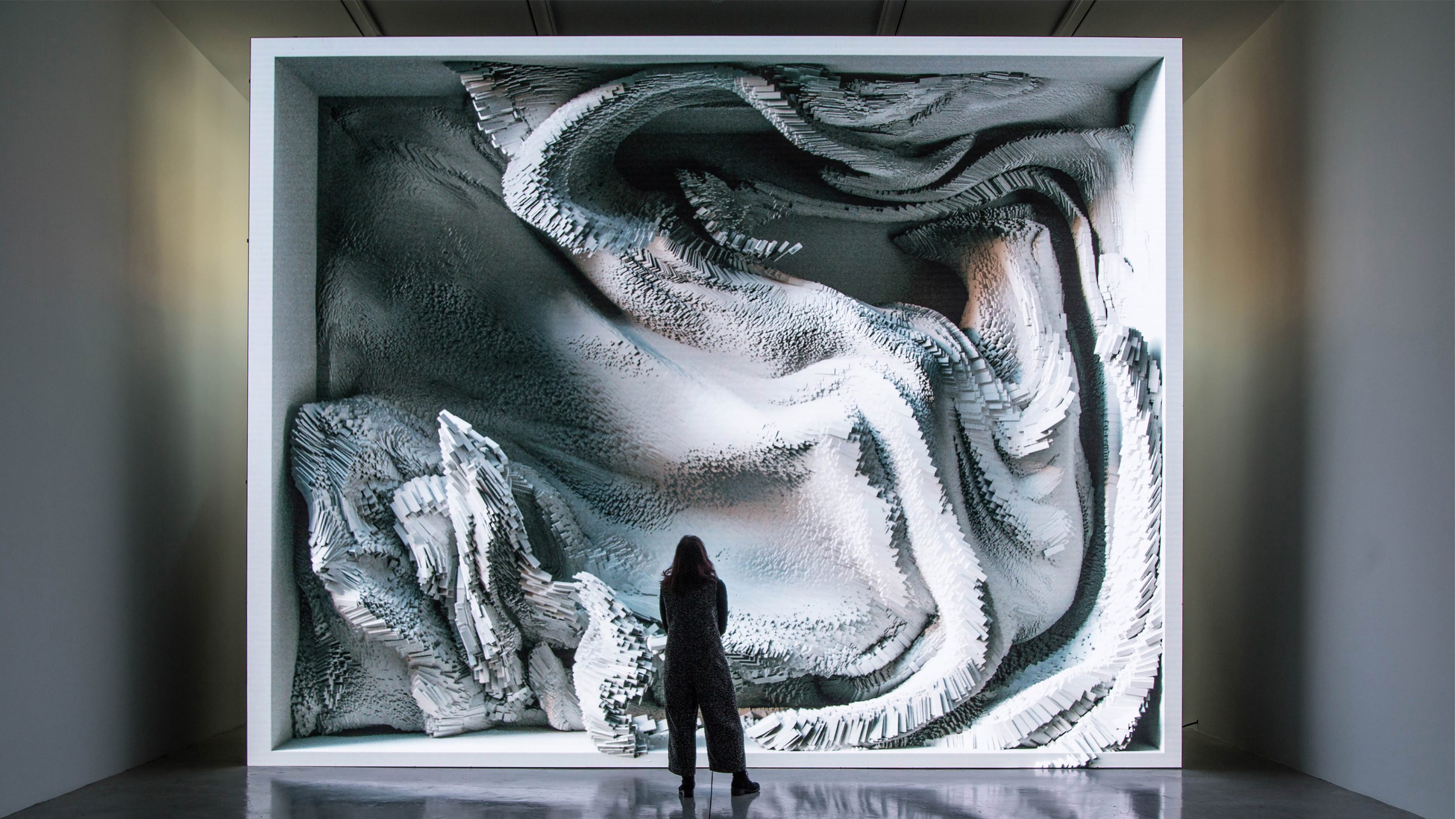 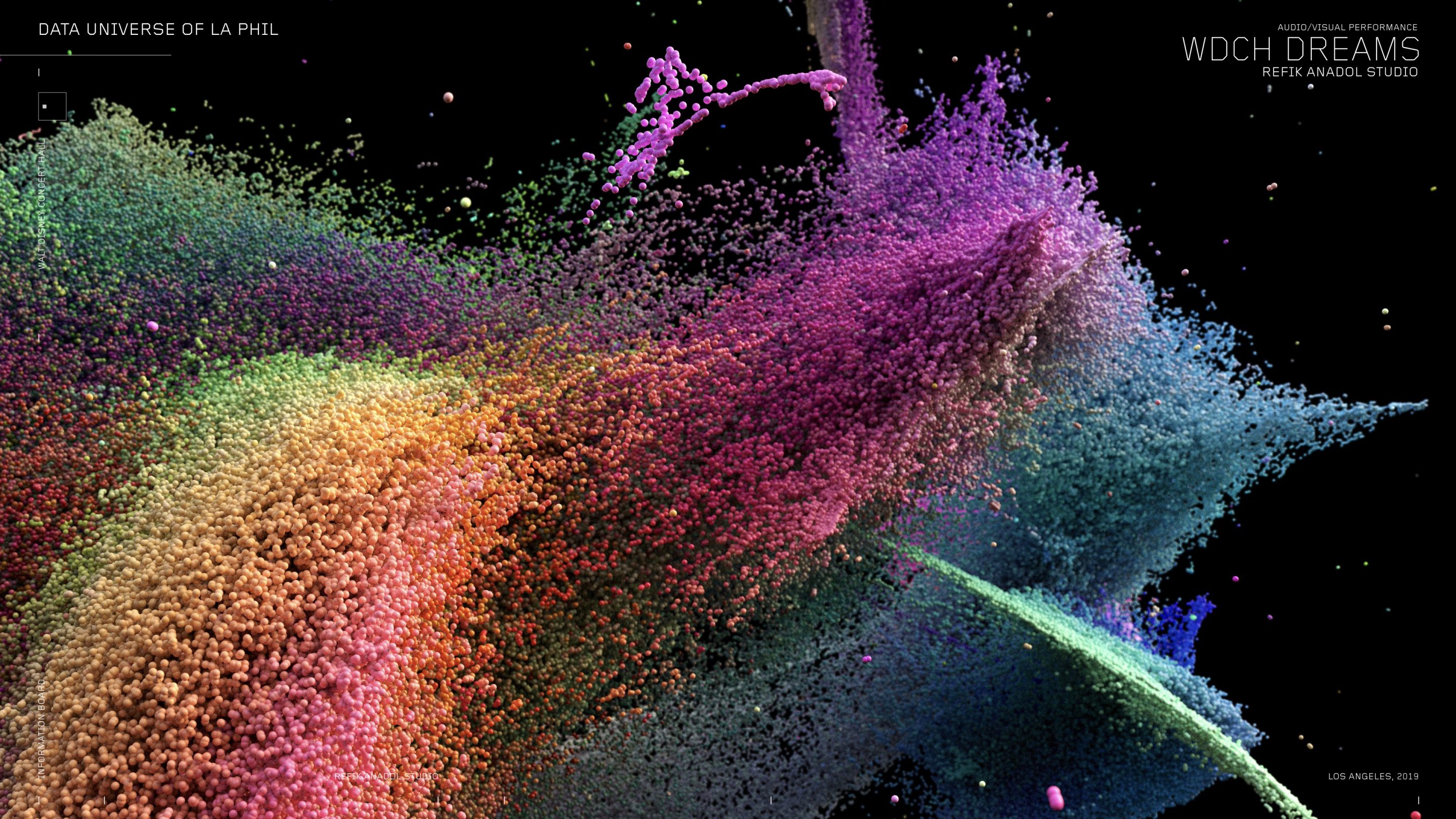 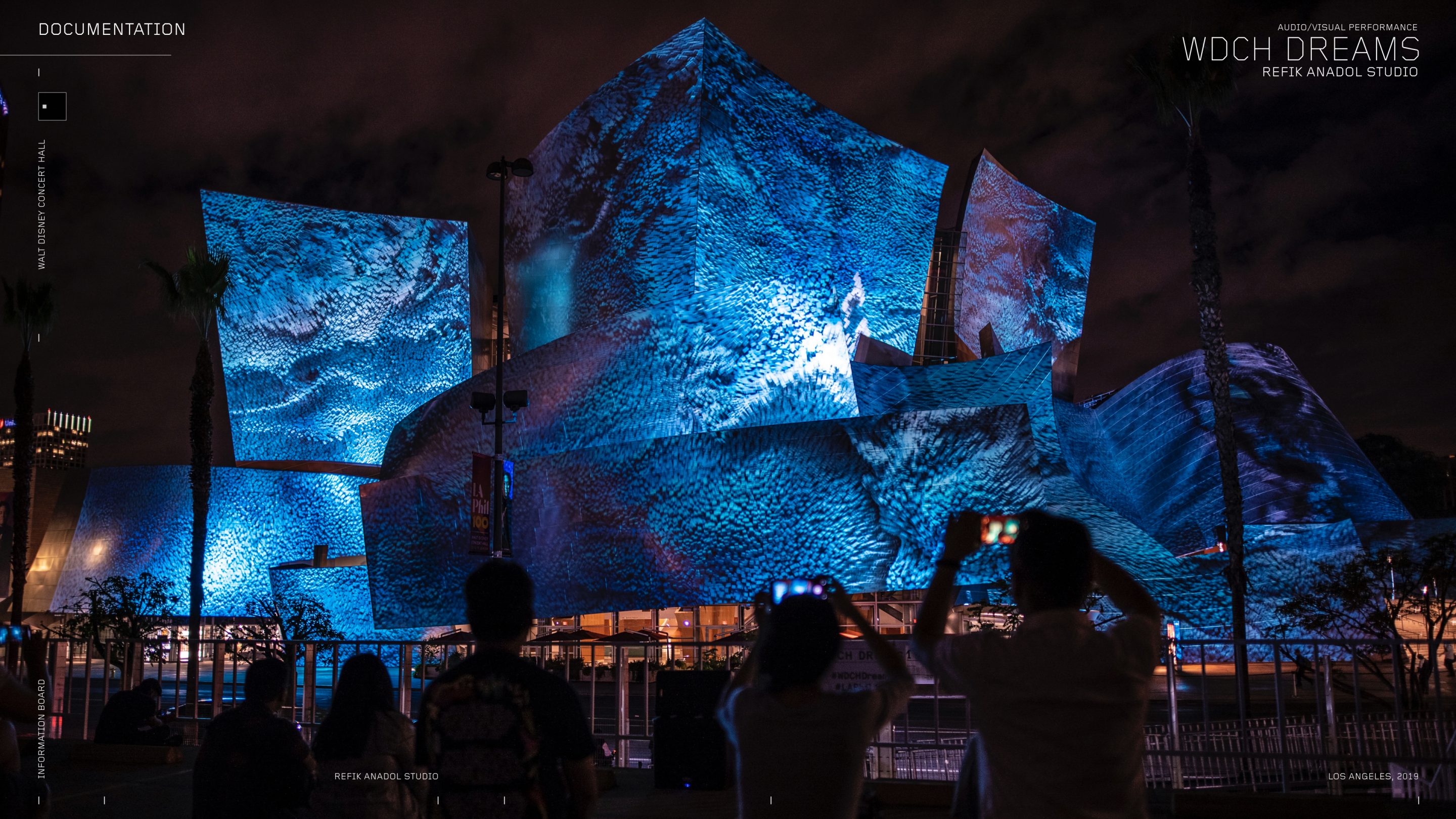 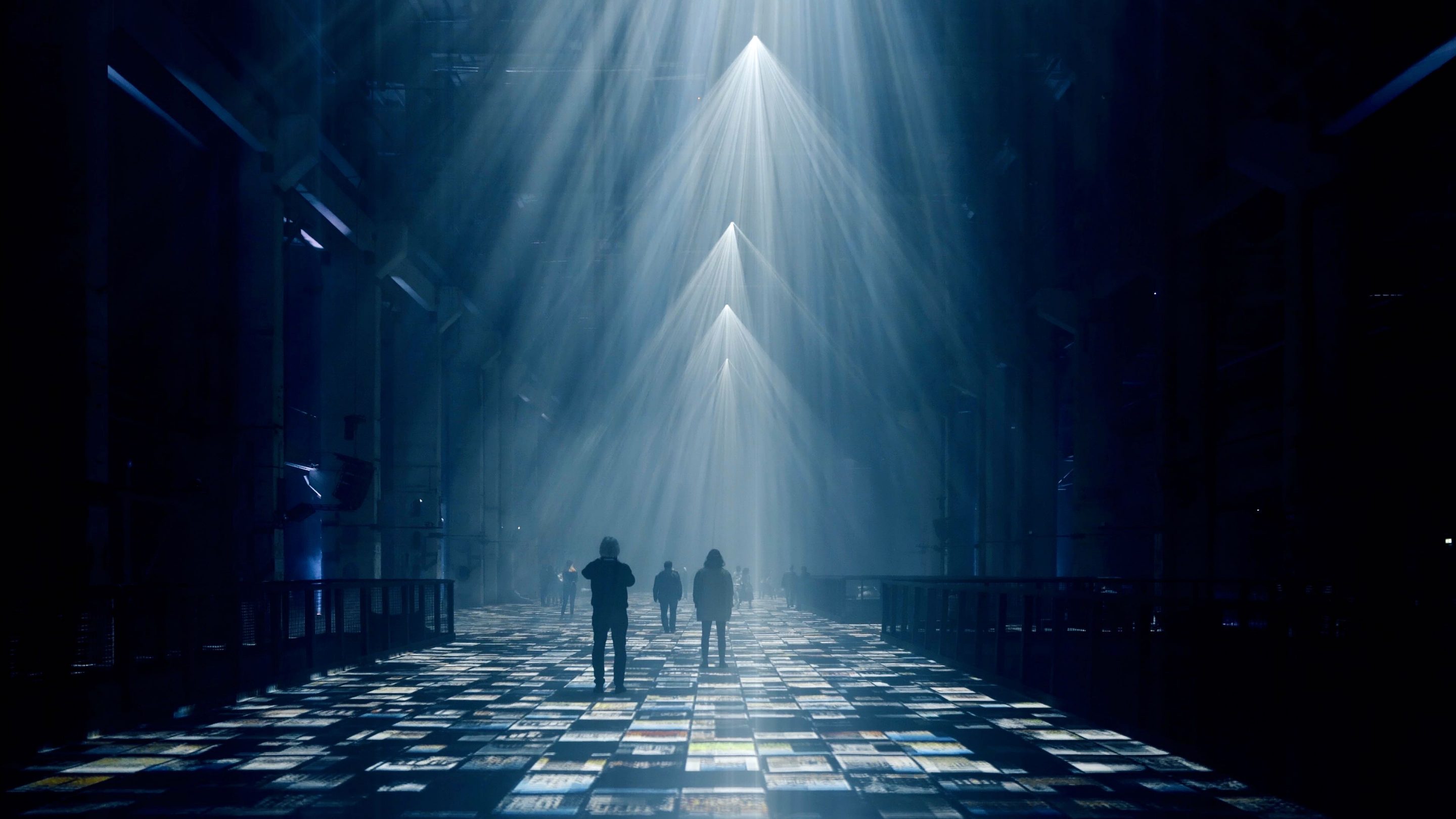 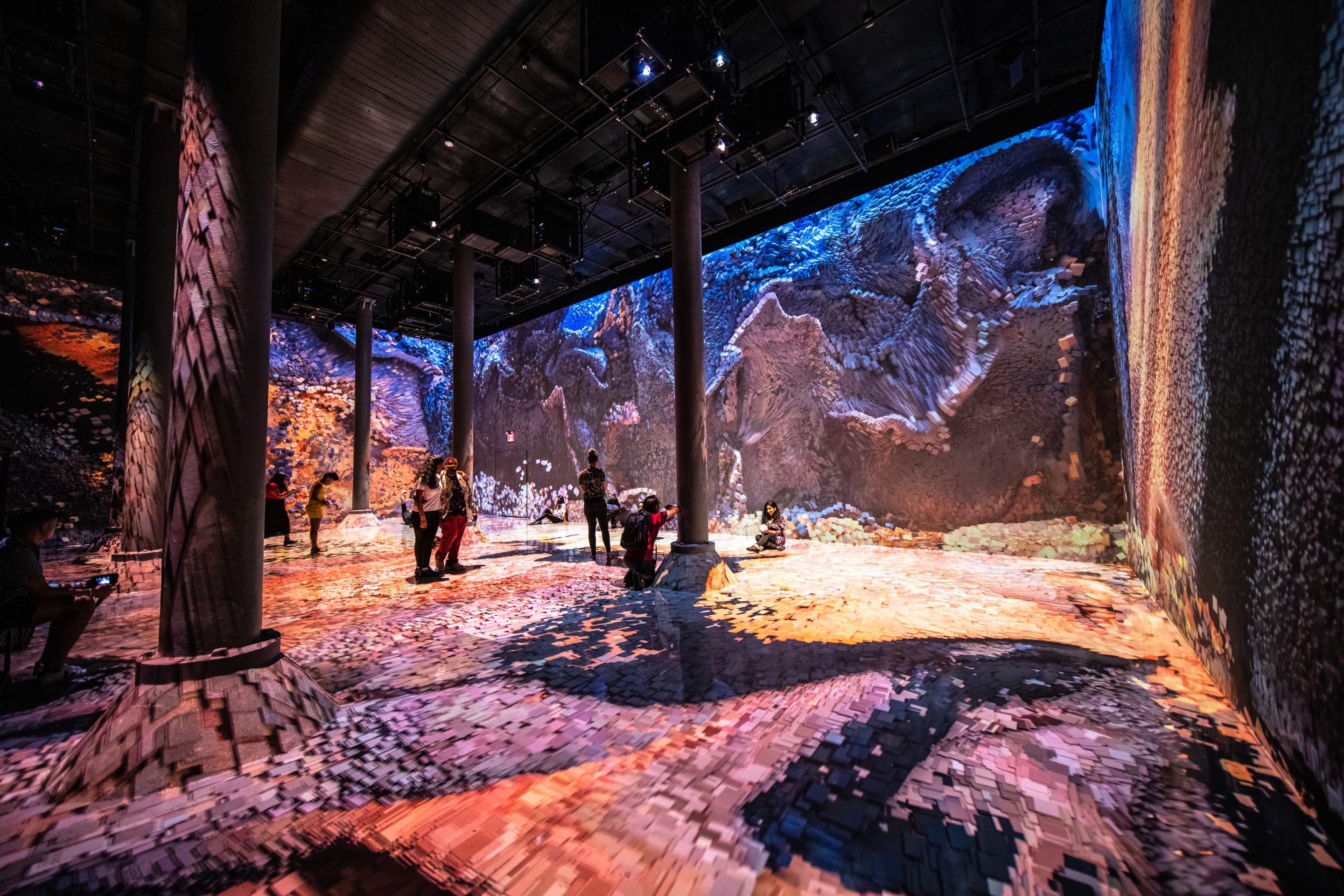 STUDIO
B- About
B1

The studio focuses on space, especially as it relates to the domains of artificial intelligence, neuroscience, and architecture. It seeks to re-consider dialogic relationships between imagination and physicality, self and environment, technology and history. By merging these fields within the context of public art, the studio draws attention to the construction and recollection of our histories, memories, and dreams and in so doing finds the resources to encapsulate our interconnectedness. 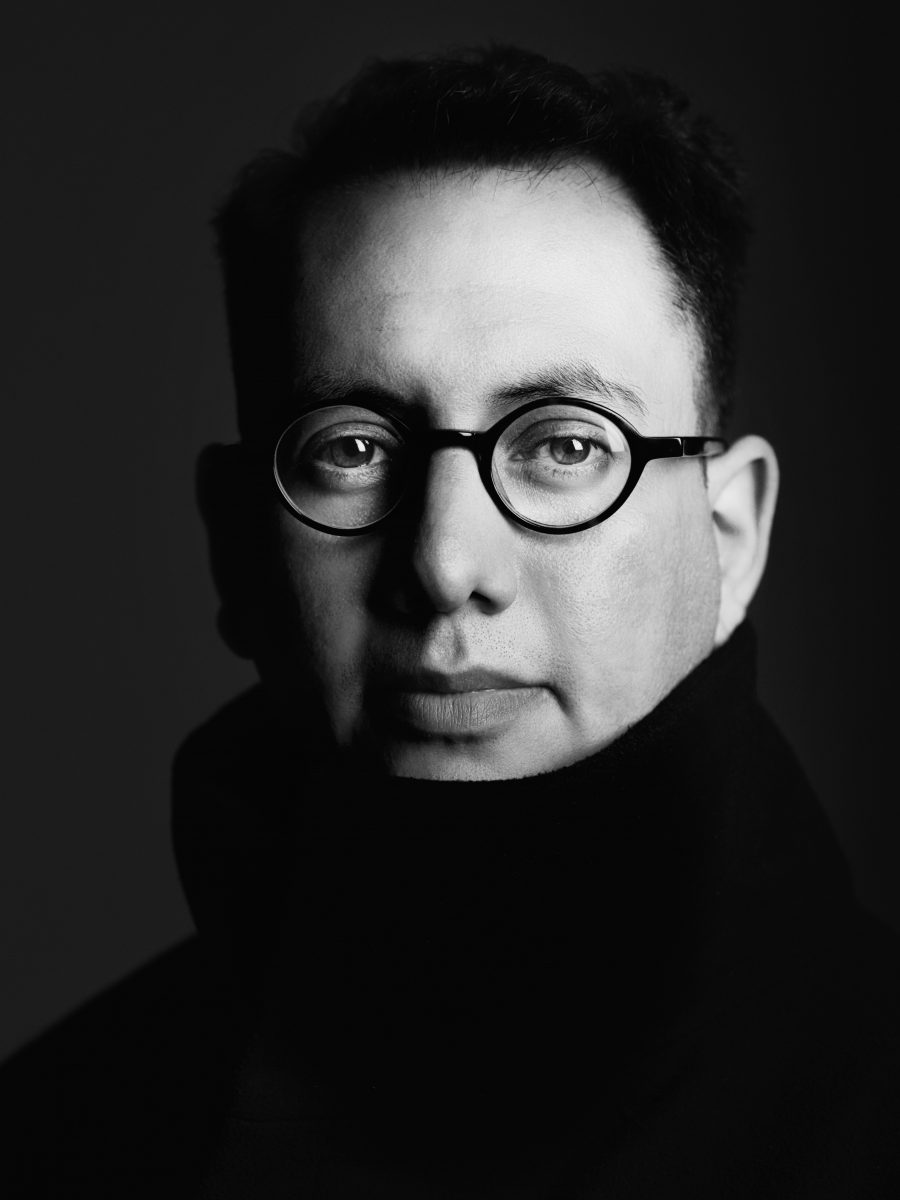 Refik Anadol (b. 1985, Istanbul, Turkey) is a media artist and director. He currently resides in Los Angeles, California, where he owns and operates Refik Anadol Studio. Anadol is also a lecturer and researcher for UCLA’s Department of Design Media Arts from which he obtained his Master of Fine Arts.

Anadol’s body of work addresses the challenges, and the possibilities, that ubiquitous computing has imposed on human kind, and what it means to be a human in the age of machine intelligence. He explores how the perception and experience of time and space are radically changing now that machines dominate our everyday lives. As a spatial thinker, Anadol is intrigued by the ways in which the digital age and machine intelligence allow for a new aesthetic technique to create enriched immersive environments that offer a dynamic perception of space.

By proposing the possibility of “post-digital architecture” and re-defining the functionalities of both interior and exterior architectural elements, Anadol invites his audience to imagine alternative architecture realities. The artist tackles this by not simply integrating media into built forms, but by translating the logic of a new media technology into spatial design.

Residing at the crossroads of art, science, and technology, Anadol’s site-specific parametric data sculptures, live audio/visual performances, and immersive installations take many virtual and physical forms. Entire buildings come to life, floors, walls, and ceilings disappear into infinity, breathtaking aesthetics take shape from large swaths of data, and what was once invisible to the human eye becomes visible, offering the audience a new perspective on, and narrative of their worlds.

Refik Anadol Studio employs a unique team of prominent computer scientists, software developers, architects, engineers, and designers to realize Anadol’s vision.  A pioneer in his field, and the first to use artificial intelligence in a public artwork, Anadol has partnered with teams at Microsoft, Google (Artist and Machine Intelligence), Nvidia, JPL/NASA, Intel, IBM, Siemens and Epson, to apply the latest, cutting-edge science and technologies to his work.

Refik Anadol Studio seeks a dynamic and experienced Studio Manager who will be responsible for the day-to-day operation of projects as well as the studio itself. The Studio Manager will work closely with a diverse group of artists, technologists, curators, data scientists, and practitioners of multimedia art, coordinate and support the studio’s workflow, and ensure that critical deadlines are met.

Refik Anadol Studio offers internship opportunities for students interested in multimedia arts, artificial intelligence, machine learning, and writing about contemporary art. We seek Editorial and Research Interns who are enrolled in degree-granting programs in Los Angeles. These are paid summer and/or semester internships and require a commitment of 6-8 hours per week. We are happy to help arrange academic credit with your school and provide whatever document is required.